The sector is estimated to account for nearly 300 billion euros of inflows worldwide, a market exhibiting 25% annual growth and largely dominated by the Chinese (75%), which percentage was already recorded in 2015 by a study conducted jointly by KPMG and the University of Cambridge.

The United States takes second place with 19% of the market, while Europe currently represents just 6%, 60% of which comes from the United Kingdom. In France, alternative finance raised €1.4 billion in 2018, a year-on-year increase of 39% according to the annual report of KPMG and the non-profit group Financement Participatif France (FPF).

The popularity of alternative finance is global and shows no signs of waning.

Granted, the 2008 financial crisis pushed both individuals and companies towards alternative solutions for refinancing, and that lenders rallied to the banner in a context of low interest rates. According to the KPMG study, there were already 43 million investors worldwide participating in alternative finance at the time. In six years, Lemonway has opened 6.8 million payment accounts in Europe, demonstrating the success of this form of investment, which offers attractive returns for both individual and institutional investors.

No area of financing is spared.

Peer-to-Peer lending represents the majority of alternative finance volumes in the world, at 58%, and heavyweights such as Lending Club in the United States and Prosper in the United Kingdom. In France, there is a banking monopoly, which explains why the only player in this field, Younited Credit, is also a bank.

The second largest market, contributing around a third of total volume, is business loan financing or ‘Crowdlending’. These include Spanish players such as Zank, Arboribus, Lendmarket, Loanbook and the French Wesharebonds or October. Indeed, the latter has a footprint covering five European countries. Specialists in renewable energy project financing are especially prominent, as, for instance the French Lendosphere, Climateseed, or AkuoCoop and the Spanish Fundeen.

With 5% of global volume, the real estate crowdfunding market is growing rapidly with a multitude of players appearing to finance real estate developers experiencing difficulties obtaining competitive refinancing from banks. The French Wiseed, German companies Green Rocket and iFunded, the Austrian Reval and Rendity, the Spanish Housers, Strockcrowd all stand out for their momentum.

The equity crowdfunding market represents only 2% of total collection volume but features French representatives such as Finple, Happy Capital and Sowefund. Similar in size, the charitable sector is not to be outdone, as the Swedish Trine, the Icelandic Karolina Fund and the French Commeon attest.

Finally, the last segment, factoring services or ‘Invoice Trading’, is also the smallest, with 1% of total inflows. However, it is also that experiencing the strongest growth, particularly in Italy and Spain, where, unlike France, there is no banking monopoly. Institutional investors refinance the invoices of SMEs registered on platforms such as Finanzarel and Novicap in Spain, Work Invoice, Cashme, CashInvoice, Anticipay in Italy. 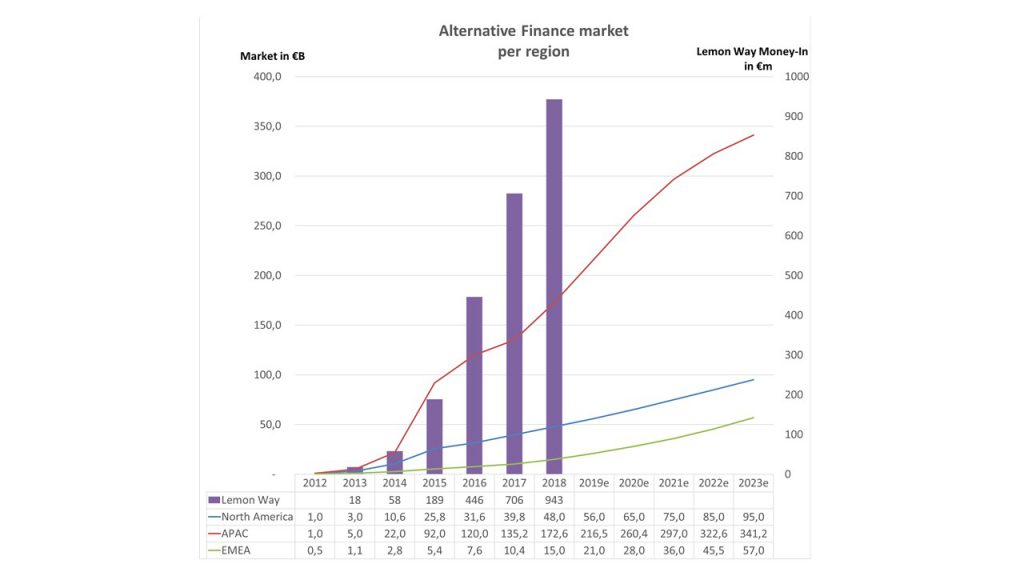 By 2023, the global alternative finance market could reach the 500 billion euros of funds collected per year, a significant sum, but still a small amount compared to the financing granted by banks. 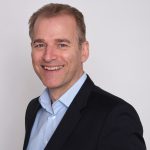